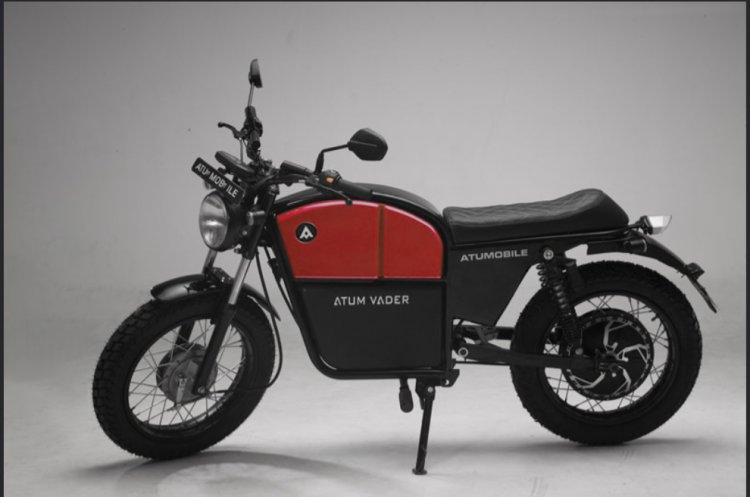 The company was awarded the Automotive Research Association of India’s (ARAI) nod earlier this month for the new cafe-racer model.

Atumobile’s first electric bike, Atum 1.0, was launched in October 2020. It was a low-speed cafe racer model that has sold more than 1,000 units, according to a statement.

AtumVader boasts a range of 100km on one charge and a top speed of 65 km/hour with a battery pack of 2.4 kWh.

“We were able to design this electric bike keeping in mind Indian roads, and riders, with the assistance of our R&D experts and in indigenous solar-powered zero-emission facilities, making it a truly green and sustainable electric bike,” Vamsi G Krishna, Founder of Atumobile, said.

He said that the company will offer the first 1,000 electric bikes at an early bird price, Rs 99,999. Customers can also reserve the bikes for a prebooking price, Rs 999.

Atum Vader will be manufactured in the company’s Patancheru plant in Telangana. According to the release, the facility can produce a maximum of 3,00,000 units annually.

New Vehicle Registrations Fell By 2.4% In January 2022 In Europe – Report