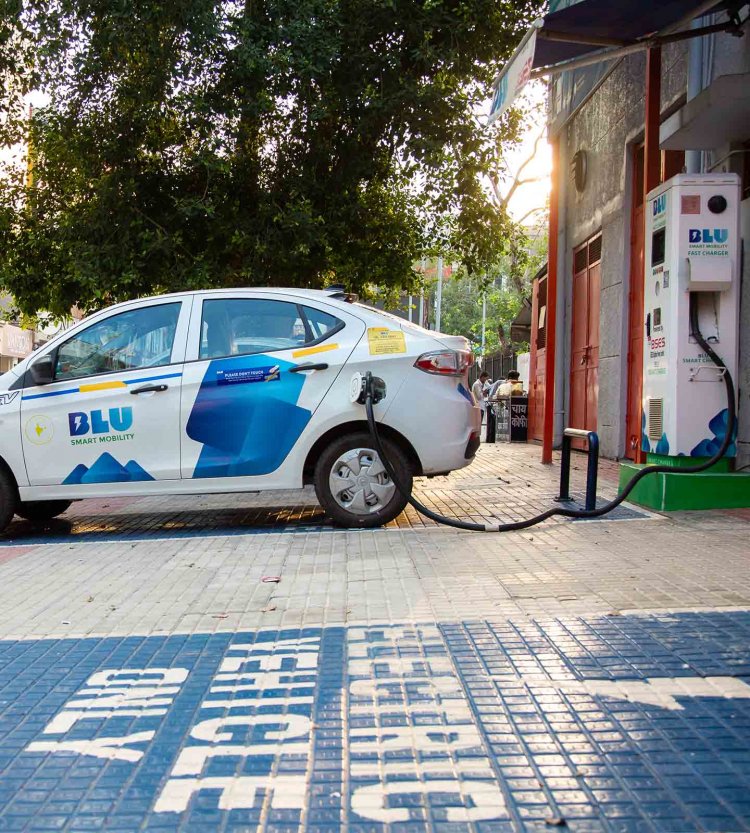 BluSmart Electric Mobility, an Indian ride-hailing startup, has stated that it is on track to raise $250 million from investors. This includes BP’s venture capital division.

Anmol Jaggi stated that BluSmart, which operates an all-electric vehicle fleet, was expected to close deals with private equity investors and impact funds within the cominh two months.

“Bp Ventures already has a stake in BluSmart and will be one of the lead investors in this round as well. Most of the other funding will come from global investors based in the U.S. and Europe,” he told.

Jaggi didn’t disclose the value of the money being raised but said that ride-hailing companies like BluSmart are usually valued at between 15-18 times their annual revenue.

An investment of $13 million in September in BluSmart was made by British oil giant, Bp Ventures, as part of a $25million round. This deal is the first in India. Bp Ventures stated that it is looking for additional opportunities in areas like EV charging infrastructure and battery swapping.

BluSmart competes against ride-hailing giant Uber Technologies and domestic rival Ola. It is supported by Japan’s Softbank Group and boasts a fleet consisting of 1,800 electric vehicles, most purchased from Tata Motors.

Jaggi stated that the company will use the funds for EVs and charging infrastructure expansion, technology investments, and to launch the service in additional Indian cities.

BluSmart claims it currently has 13,500 electric vehicles on order from Tata Motors. Jaggi stated that the fleet includes EVs from MG Motors, which is owned by Chinese automaker SAIC Motor Corp and China’s BYD Company.

India is pushing automakers into building EVs. It wants a minimum of 30% of new car sales to be electric by 2030. This shift can be driven by fleet operators, it says. Due to the high costs of batteries and lack of infrastructure for charging, EVs only make up a small portion of current sales.

MSEDCL To Set Up 2 Electric Vehicle Charging Stations In Nashik

Tata Motors Bags An Order For 65 EVs From KSEB