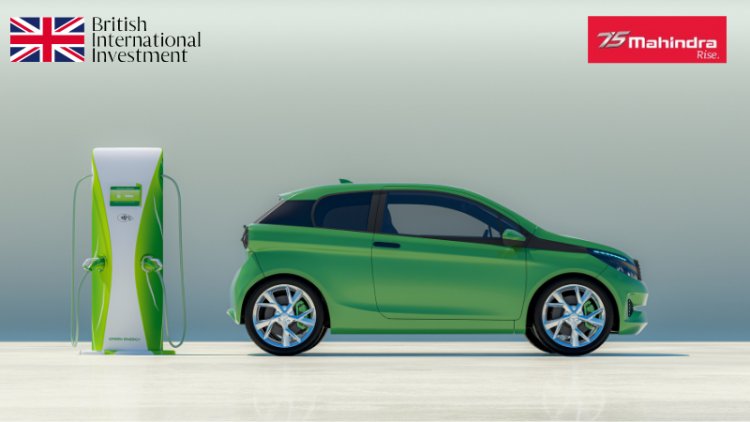 British International Investment (BII), the UK’s development finance institution and impact investor, is to invest up to $250 million in a new passenger electric vehicle venture to be launched by Mahindra & Mahindra Group. The new business will develop four-wheel passenger electric vehicles for Indian consumers and other markets around the world. It will contribute towards 2.1 million tonnes of C02 equivalent emission avoidance and lead to the creation of around 8,000 skilled jobs – a quarter of which is expected to be women, a company statement said.

M&M will be unveiling its EV design philosophy and product line-up in an event on 15 August 2022 at its site in Oxfordshire.

The investment alongside M&M in the new EV company supports BII’s undertaking that at least 30% of its total investments will be in climate finance. It is expected that the first round of BII’s capital investment will be completed not later than June 2023 on fulfilment of conditions precedent and the balance post completion of certain milestones in the financial year 2024. The two partners will work to attract other like-minded investors into the new EV business over the next few years as it creates a world class portfolio of electric SUVs.

Dr. Anish Shah, MD & CEO, Mahindra & Mahindra, said: “We are extremely delighted to have BII as a partner in our SUV electric journey. In BII, we have found a like-minded long-term partner who is committed to combating the climate emergency. The Mahindra Group aims to be Planet Positive by 2040. Mahindra has been a pioneer in the electric vehicles space and we are confident we will be the leaders in the electric SUV market in the future.”

Nick O’Donohoe, Chief Executive of BII, commented: “BII’s anchor investment will be key to attracting additional sources of private capital into this exciting venture with Mahindra Group. The acceleration of EV development in India will be critical to supporting the country in reaching its emission targets as well as improving air quality in many urban areas. Mahindra will play a central role in the decarbonisation of the automotive industry in India and elsewhere.”

Jan Thompson, Acting British High Commissioner to India, said: “At COP26, Prime Minister Modi sent a strong signal that India’s future is low carbon. Climate is one of the key pillars of the 2030 Roadmap for India-UK relations and I’m delighted to see our continuing partnership in cutting edge areas like electric mobility. This landmark British investment into the electric vehicle market in India will accelerate the green transition, create jobs, and boost economic growth in both countries.”

Opinion | The impact of electric vehicles on the logistics industry