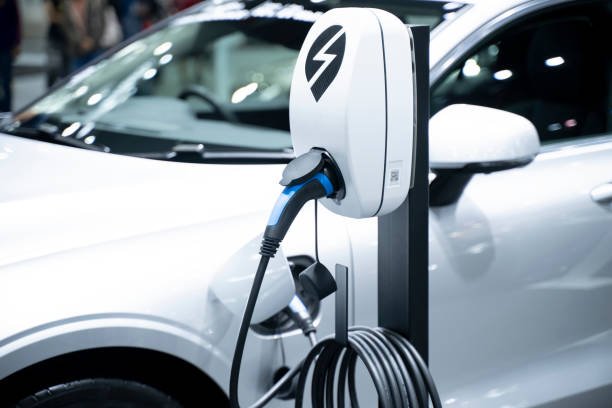 Commenting on the market dynamics, Senior Research Analyst Soumen Mandal said, “The EV market is witnessing a boom. However, shipments would have been higher if the automotive supply chain was not affected by the Ukraine crisis and fresh COVID-19 waves in China in March 2022. With EVs comprising just 12% of the total passenger vehicle shipments during the first quarter of 2022, there is a lot of scope for expansion. Fresh players are entering the market to benefit from the opportunity. To counter new entrants, existing players are using leading-edge technologies to have improved battery, superior IVI systems and higher levels of ADAS in their EV models as major selling points.”

Tesla: Tesla has registered phenomenal growth over the course of a year. The company’s shipments grew 68% YoY in Q1 2022 and are expected to cross 1.3 million units by the end of 2022. After operations started at the Shanghai Gigafactory in 2019, Tesla’s China shipments skyrocketed. With the Berlin Gigafactory becoming operational in March, Europe sales are likely to increase in Q2 2022. Tesla is currently the global EV market leader. In Q1 2022, it sold more vehicles than the next three OEMs combined in the BEV segment. Tesla will face competition from BYD, NIO and XPeng in China while Volkswagen is gearing up to compete on the global front. Despite this competition, Tesla is likely to remain the market leader in the BEV segment for the next few years.

BYD Auto: BYD emerged as China’s top EV seller during Q1 2022. Its EV shipments increased by a whopping 433% YoY to reach more than 0.28 million units. This was due to BYD increasing its production of BEVs and PHEVs while completely halting its internal combustion engine business. In Q1 2022, BYD’s BEV and PHEV shipments grew 271% YoY and 857% YoY, respectively.

Wuling: The joint venture between SAIC, GM and Wuling has proved a success as the Wuling Hongguang Mini EV is the most sold EV model in China. Compared to Q1 2021, Wuling grew by just 14% and currently holds the third rank in the global EV market. Wuling achieved high EV shipments by just operating across China and Indonesia. Expanding across the SEA countries will help its business to grow as competition in the region is not that high. An early entry will help Wuling to secure a significant market share.

BMW: Over the years, BMW has developed its business more in the PHEV segment than in BEV. BMW’s 16% YoY growth is mostly due to its offering of several new and improved PHEV models. BMW’s BEV shipments are predominantly driven by the company’s i-series models, while BMW Series 3 and Series 5 models are driving its PHEV shipments.

Volkswagen: Volkswagen is working hard to compete with Tesla in Europe, but its efforts have been disrupted by the supply crisis caused by Russia’s invasion of Ukraine. With its ID models, Volkswagen wants to capture a significant share of the EV segment. During Q1, Volkswagen’s EV shipments increased by 25% YoY. China remains Volkswagen’s top EV market, followed by Europe and North America. Across all major regions, the company’s all-electric ID.4 model registered most shipments.

Discussing the reasons for the rise in EV shipments, Mandal further added, “Technological development is the key reason behind the increase in EV shipments. Battery technology has undergone recent breakthroughs. These developments have made batteries capable of longer ranges and longer overall lives. Range anxiety, one of the barriers to EV adoption, has been reduced. The development of composite charging network infrastructure, subsidies from governments on EV purchases and increasing fuel prices combined with increasing environmental awareness are other reasons.”

On battery technology, Research Vice President Neil Shah said, “Different compositions of lithium-ion batteries and the development of LFP batteries have been a game changer in this field. Battery chemistries like NMC, NCA and LFP are used widely for their high energy density and safety. After an increase in the price of lithium due to the Ukraine crisis, OEMs are transitioning to LFP batteries which use very little lithium and are safer than NMC and NCA composition batteries. Alongside LFP, manufacturers are also working on revolutionary solid-state battery technology. Besides being safer, solid-state batteries have higher energy density and will be able to outperform other battery chemistries. In 2021, NIO showcased its new ET7 with a solid-state battery of 150kWh. But this was later replaced by a semi-solid-state battery for the vehicle’s launch in March 2022. Despite several clear advantages, the high cost of solid-state batteries will limit their potential for mass adoption in the near term.”

The top 10 EV models accounted for a third of global EV sales in Q1 2022. With Tesla’s new gigafactories coming up across the world, its Model Y and Model 3 currently hold the first two positions. Wuling’s budget model, the Hongguang MINI EV, has been the best-selling model in China for more than 15 months. Seven out of the top ten EV models are from Chinese OEMs. This shows the development of the Chinese EV market over the past few years.

Commenting on the market outlook, Research Vice President Peter Richardson said, “With many countries aiming to phase out gasoline-powered vehicles by 2040, car makers are facing a seismic change. Not only are they having to move to electric drivetrains, but cars are becoming smart, connected and increasingly able to drive themselves. This is the most tumultuous period since the auto industry was established more than a century ago. According to Counterpoint’s Global Passenger Car Forecast, EV shipments are expected to exceed 10 million units in 2022 and reach around 58 million units in 2030. There will be a fight for existence as incumbent auto manufacturers use their scale and manufacturing expertise to fend off new entrants that have no legacy business to protect. The current economic headwinds are likely to favor deep-pocketed incumbents, but some new entrants will either survive on their own or be acquired by established players.”

Volkswagen and Bosch Want To Industrialize Manufacturing Processes For...