Videos of Rivian’s electric truck surfaced around October 2018, showcasing the R1T model doing a ‘tank turn’ like a tracked The post Looking into Rivian Patent Portfolio appeared first on EVreporter. 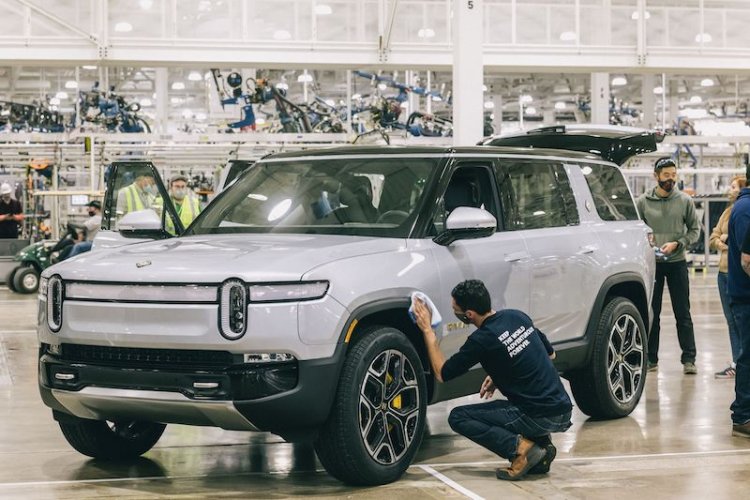 Videos of Rivian’s electric truck surfaced around October 2018, showcasing the R1T model doing a ‘tank turn’ like a tracked vehicle. In July 2021, the American electric vehicle maker filed trademark applications for six names of its vehicles. Rivian’s electric vans could be the next big thing in e-commerce logistics globally.

The e-commerce giant, Amazon, has ordered 100,000 electric delivery vans from Rivian to be delivered by 2030. This is in addition to Ford’s $500 million investment to use Rivian’s electric truck platform in its vehicles. Rivian, on 17th December 2021, confirmed plans for a $5 billion second electric vehicle factory in Georgia. The company has also caught attention for its innovations, which is evident from its patent filings. Govind Kedia, Managing Director at Arctic Invent, discusses Rivian’s patent portfolio.

Which areas of EV technology do the patents cover?

We analysed Rivian’s portfolio patents and categorised them into broad technologies they cover as follows:

Notable examples of patents belonging to these technologies

This US granted patent was filed in January 2017. Rivian’s founder and CEO is the inventor. It talks about an EV shared by multiple users and aims to improve the utility features of the vehicle. The vehicle configures to different structural configurations as per the user. Illustrations from the patent show various vehicle removable module configurations as per the invention.

One of Rivian’s most cited patents is US10479427B2 that talks about a similar invention. It discloses a modular system for an electric vehicle that permits the removal and reattachment of a structural module from and to the vehicle.

Published in July 2021, this US patent application is for a technology that aims to make turning in tighter spaces easier. Though the basic technology has been around since the ’80s (Honda’s Prelude is an example), modern vehicles seem to be adopting measures to turn the vehicle in compact spaces. Most vehicles use torque on at least two wheels to turn the vehicle when the driver turns the steering wheel. Other techniques, such as applying torque to one side of the vehicle, have inherent drawbacks. So to overcome these, the invention talks about a K-turn mode of a vehicle.

This US granted patent discloses a removable battery pack, possibly for Rivian’s R1T electric pickup truck. The vehicle has a primary battery and an auxiliary battery module, as per the invention.

Geographical coverage of patents filed in the respective patent families