PERFORMANCE AND LIFESPAN OF LITHIUM ION BATTERIES FOR EV CARS

In the following article Fleely discusses the factors with respect to battery performance & factors that effect its efficiency. Battery performance plays an important role for the success of electronic vehicle. 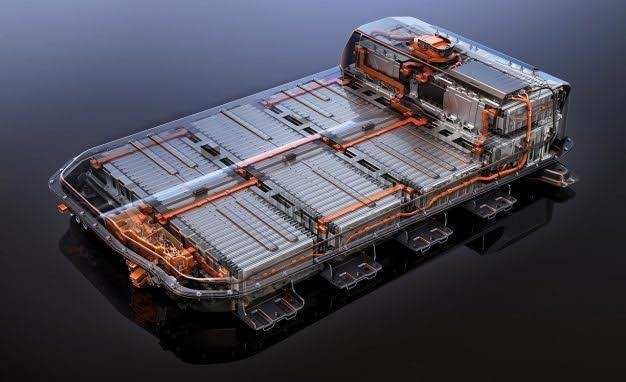 The battery life of a lithium ion battery is represented in terms of the Charging Cycles it undergoes. EV batteries undergo the cycles of ‘discharge’ that occurs when driving and ‘charge’ that occurs when the car is plugged in. Repeating this process over time affects the amount of charge the battery can hold. This decreases the range and time needed between each journey to charge. Most manufacturers have a five to eight-year warranty on their battery. However, the current prediction is that an electric car battery will last from 10 – 20 years before they need to be replaced.

The battery on an electric car is a proven technology that will last for many years. In fact, EV manufacturers guarantee it. Nissan warrants that its electric car batteries will last eight years (upto 70-80%) or 100,000 miles , for example and Tesla offers a similar guarantee.

A li-ion battery for a phone would begin to lose a significant part of its battery capacity after perhaps 500 charge cycles. While that might be okay in a phone, it’s not good enough for a car. So, in an EV the batteries are 'buffered', meaning that drivers can't use the full amount of power they store, reducing the number of cycles the battery goes through. Together with other techniques such as clever cooling systems, this means that electric car batteries should give many years of trouble-free life.

Multiple manufacturers are still researching on utilizing the li-ion batteries even after they hit the retirement age. One idea that is actually proving to work well is repurposing EV batteries to power homes and buildings. However, there are no definitive answers as to what will happen to EV batteries once they’re no longer recyclable. The time that batteries spend in an EV is often just the beginning of their useful life. Once removed from a car, most batteries will still be fit for other demanding jobs like energy storage in the electricity network, or in the home – a growing area of demand. When batteries do reach the end of their working life, they'll be recycled, which typically involves separating out valuable materials such as cobalt and lithium salts, stainless steel, copper, aluminum and plastic. At the moment, only about half of the materials in an EV battery pack are recycled, but with EVs expected to undergo an explosion in popularity over the next decade or so, car manufacturers are looking to improve this.

VW recently announced a pilot plant for battery recycling which will work towards a target of recycling 97% of battery components. In this process, batteries will be shredded, dried, then sieved to recover valuable materials that can be used to make new batteries.

So what happens when electric car batteries die? Batteries of all forms can prove difficult to dispose of without harming the environment. The same goes for EV batteries. However, EV battery life cycle management works towards solving expensive and toxic disposal of the batteries. As well as being used to support the use of renewable energy, EV batteries can be refurbished to help power more vehicles in the future. The batteries are assessed on their quality to determine their future. The batteries with some power left will be given a second life as power packs for mobile vehicle charging. The others that have little to give, will be ground down to a fine powder to extract raw materials such as lithium, nickel, manganese and lithium. The materials can then be rebuilt into more EV batteries.

Just as conventional cars have big or small fuel tanks, lithium-ion batteries for electric cars come in different sizes. Rather than liters of fuel, their capacity is measured in kilowatt hours (kWh). A typical 40kWh battery pack from a mainstream electric car might be enough to power it for 150 miles or more.

While one full charge- discharge cycle of a 40kwh battery can support  around 150miles, is that actually the battery capacity of an electric car?

If you think about it logically, the only answer is Yes. But that’s not the case, because there’s a lot more to it than that. In fact, it’s best not to fully empty or charge a lithium-ion battery. The chemical composition of the battery has something to do with that.

A buffer is built in to protect the battery and extend its lifespan. Depending on the design of the battery, this buffer can vary from 5% to sometimes as much as 30% of the total capacity. So in principle, you will never drive an electric vehicle until it is entirely empty.

For lithium-ion batteries, charging 'best practice' is to keep the current controlled at a moderate level to maximize the battery’s efficiency and lifespan. Because during the charging process, changes occur within the battery’s internal chemistry, and charging at a high current worsens these effects.

When the charge current is too low, it improves battery longevity but reduces the battery’s capacity.  It is also time inefficient.

Lithium-ion batteries are often designed for charging in as little as an hour, as the efficiency loss is sometimes less important than time loss.

Ola Electric Is Looking For Land To Establish A Cell And Electric Car...

How much cost of setting up an EV charging station in India ?

ETO Motors drives the 3E principles at the Statue of Unity