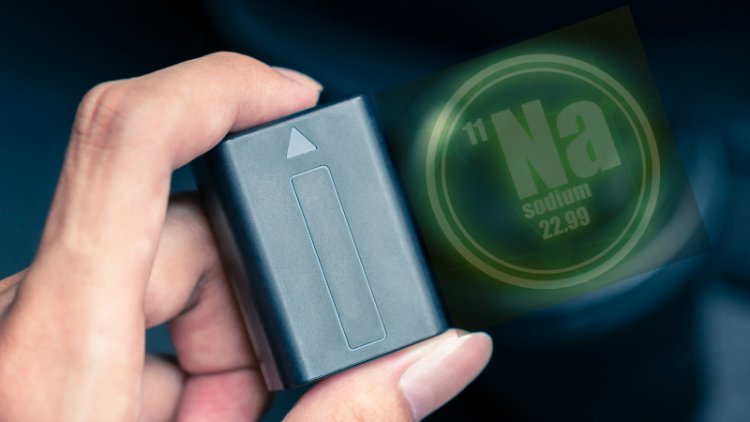 Properties like high energy density, efficient charge-discharge cycles, and established infrastructure make lithium-ion batteries the preferred choice for energy storage applications worldwide. As a result, the demand and prices of lithium-ion batteries (Li+ or LIB) have been on the rise.

It seemed like a reasonable time for one of India’s biggest private firms, Reliance, to enter the battery technology space. Reliance New Energy Solar Ltd. recently acquired UK-based Faradion for £100mn. Faradion is one of the world’s leading companies working on non-aqueous sodium-ion technology. Besides, it has a strong patent portfolio on the technology. Even though sodium-ion batteries (Na+ or SIB) are in the limelight now, researchers have worked on them alongside lithium-ion batteries since the 1970s. This article by Govind Kedia reflects on why it seems like a viable alternative to lithium-ion batteries.

Owing to the natural existence and similar chemistry to lithium-ion, sodium ions have regained interest. We look at how sodium compares with lithium as a metal ion battery alternative:

Geographic distribution of the metal ions – Some studies show that Australia, Chile, Argentina and China are home to almost all the lithium. This estimate becomes more evident from the fact that China is home to the world’s largest lithium-based battery makers. Sodium, owing to its wide natural occurrence, is easier to source.

Availability of resources – Lithium is non-uniformly distributed in the earth’s crust and is harder to extract. On the other hand, sodium is much easier to source as it is the sixth most abundant element. But when we compare the impact on resource depletion, the picture gets more complicated. This is the impact caused due to the use of heavier, bigger structures for making Na+ batteries. This is because Na+ batteries have a lower energy density than Li+ batteries. So a lower energy density will need a larger battery which means more metals and materials for battery making.

Fast charging capacity and cycling behaviour – One of the significant concerns with lithium-ion batteries is the fire hazards they can cause, as they are susceptible to high temperatures and inflammable. Li+ battery packs degrade much faster than expected due to heat. In contrast, Na+ batteries discharge until 0 Volts, preventing leakage of electric current when in transit. Besides, some Na+ batteries have shown faster charge and discharge capability than Li+.

How does a sodium-ion battery work?

How does sodium chemically compare with lithium?

Let’s look at this from a fundamental perspective – the periodic table of elements. Lithium and sodium belong to the first group of the periodic table of elements, called the alkali elements. These highly reactive elements tend to lose their valence electrons to become cations. These valence electrons help alkali atoms form ionic bonds with other elements. Also, alkali elements in group I are analogous to each other in characteristics. Thus, Na+ batteries have chemistry like Li+ batteries.

But there’s a catch. Na+ ions (1.02 Å) are larger compared to Li+ ions (0.76 Å). This difference affects phase stability, transport properties, and interphase formation, according to a research article.

Because of the chemically similar nature, Li+ and Na+ ion batteries have a similar cell construction. Both have a cathode, an anode, a porous separator, and an electrolyte. The following image from a review article by Yang-Kook Sun et al.[2] illustrates a sodium-ion battery system. It shows some candidate materials for the cathode and anode, electrolytes, separators, and binders as per the study. In general, the cathode is based on a sodium-containing material. The anode may not be a sodium-based material. The electrolyte would be a solution having dissociated sodium salts.

When the battery is in use, ions migrate back and forth between the cathode and the anode. This is why Li+ battery systems are also called ‘rocking chair’ or ‘swing’ batteries. Na+ battery systems are also alike. Sodium ions rock back and forth between the positive electrode (cathode) and the negative electrode (anode). The medium making this transfer possible is the sodium-ion electrolyte.

So charging and discharging the battery takes place in a rocking chair manner. Electrons flow in the opposite direction at the same time to counterbalance this ionic flow when you apply an external potential.[3]

How has the technology advanced over the years?

Initial works – In the 1960s to 70s, when the world was looking for solutions to pack small systems with immense power, lithium and sodium-ion batteries came to the fore. Two scientists in Ford Motor’s Scientific Laboratory put their heads together to explore the possibility of using Na+ batteries in electric vehicles. The scientists were Joseph Kummer and Neill Weber. They found the use of a sodium-sulfur battery in electric cars in 1968. But, a significant hurdle to its practical use was the high temperature of operation. You couldn’t start using the battery at room temperature. And a cold start without extra, prior heating was impractical.

Lithium-ion technology catches steam – Soon, people realised that lithium would fulfil energy storage objectives, and sodium took a backseat. In 1991, the world began to recognise the utility of lithium-ion batteries. Sony brought forward the world’s first rechargeable li-ion battery to the market. Smartphones, digital cameras to Tesla’s semi-truck work on Li+ ion batteries. The development of lithium-ion batteries is also credited to John B. Goodenough. He received The Nobel Prize in Chemistry 2019 jointly with M. Stanley Whittingham and Akira Yoshino for developing these batteries.

Subdued period of activity – The commercial use of lithium-ion batteries overshadowed the viability of sodium-ion batteries. Interest in exploring lithium’s potential led to several studies in Li+ battery systems and left white spaces for sodium. Sodium-based technologies during this period were chiefly related to sodium-sulfur and sodium secondary sulfur batteries. Up until the 2000s, sodium-based systems faced problems with practical use. This was due to the lack of both negative and positive electrode materials that could reversibly cycle sodium ions.[4] Reverse cycling was necessary for developing rechargeable Na+ batteries.

Exploring anode and cathode options – Another problem with Na ion in replacing Li-ion in batteries was its larger size. The most common anode material in Li-ion batteries is graphite. But graphite couldn’t accommodate the larger sodium ion in the required quantity. Scientists, in 2000, found a more disordered carbon material as anode for this purpose. This was hard carbon, which we know more commonly as charcoal. After that, many others explored other anode and cathode materials to make reverse charging.[5]

Re-entering the battery arena – The higher cost, limited availability, and unsustainable sourcing of its raw materials led to the search for alternatives. Enter sodium ion.

The Sheffield, UK-based company Faradion filed its first patent on the technology in 2014. This was a US granted patent on “Storage and/or transportation of sodium-ion cells.” And sodium-ion technology re-entered the battery arena. Their designs include oxide cathodes with hard carbon and a liquid electrolyte. These were developed in the form of pouch cells. The company’s website states an example of the cycling rates in the range of 2C (0.5 hours) to C/10 (10 hours). Faradion also patented a technology to transport sodium-ion cells in the shorted state at zero-volt. This ensures safe transport and storage of the battery.

In 2021, one of the biggest battery makers in the world, CATL, announced its first generation of sodium-ion batteries. It claims that the battery has an energy density of 160 Watt-hour per kilogram and will take 15 minutes to reach 80% SOC at room temperature.

Recent developments in the Indian market also indicate a renewed interest in sodium-ion batteries. Take the case of Sodion Energy. Former CTO of Ampere Vehicles, Bala Pachayappa, founded Sodion Energy to work for a better alternative to Li+ batteries. One of their preliminary designs has a battery capable of charging and discharging at a 3C rating. He argues that moving from Li+ to Na+ batteries would make EVs “cheaper than IC-engine vehicles even without subsidies”.

Other Indian startups, Sentient Labs and Roorkee-based Indi Energy are also working in this direction. With Reliance’s recent acquisition of Faradion and the announcement of a gigafactory at Jamnagar, the commercial interest in sodium-ion technology is set to rise.

The post Sodium-Ion batteries| An alternative to Li-ion batteries? appeared first on EVreporter.