Toyota Kirloskar Motor (TKM) announced that the company sold a total of 8745 units in February 2022, thereby registering a growth of 19% when compared to sales in January 2022. […] The post TKM Clocks Sales Of 8745 Units In February 2022 appeared first on EMobility+. 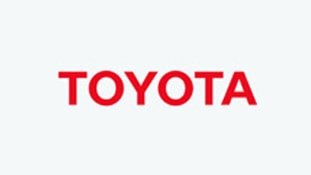 Expressing his views on the performance for the month, Mr. Atul Sood, Associate Vice President, Sales and Strategic Marketing, TKM, said, “First of all, we would like to thank all our customers for the overwhelming response that the new Camry Hybrid has received, as we have very promising booking orders for the new Camry Hybrid. Similarly, the overall sentiment in the market continues to remain positive as we witness a steady surge in demand trends. This has also led to a consistent rise in order bookings, especially for the Innova Crysta as well as the Fortuner and as a next step, we are looking forward to cater to the pending orders on our side”, he concluded.

TKM sold a total of 7328 units in January 2022. The company had sold a total of 11,126 units in domestic wholesales in the corresponding period last year. TKM also launched the new Camry Hybrid last month which has received a very encouraging response from customers. Moreover, the company achieved yet another significant milestone last month, with the Toyota Glanza and the Urban Cruiser together clocking cumulative wholesales of over one lakh units and have helped TKM tap 66% first-time buyers, especially in the tier-II & III markets.

The post TKM Clocks Sales Of 8745 Units In February 2022 appeared first on EMobility+.

Toyota’s Bigger Efforts To Further Strengthen And Contribute To ‘Make...

Log9 Materials to manufacture LTO and LFP cells – a chat with Dr Akshay...