It is important to know how to deal with imported Lithium-ion cells that are assembled in a battery pack. One The post Understanding factors that impact the cycle life of a Lithium-ion cell appeared first on EVreporter. 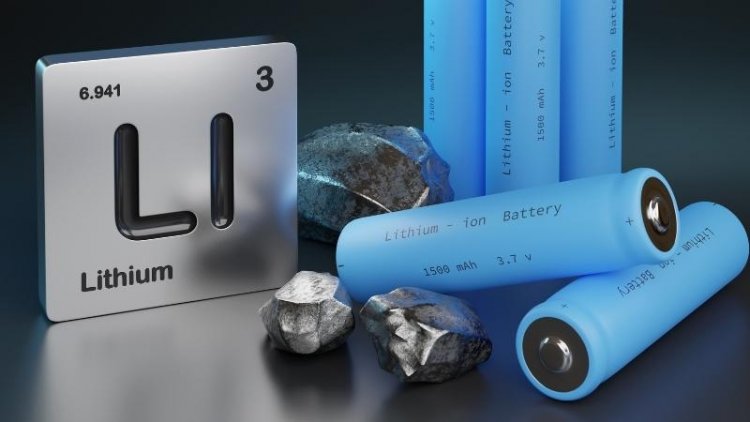 The cycle life of a cell is defined as the number of charge-discharge cycles the cell undergoes at a particular (DoD) depth of discharge until the battery has degraded to a specific capacity compared to its original capacity. At this point, the cell is considered to have reached end-of-life (EOL) for the application where it is being used. It is a matter of time before the cell will fail if it continues to be used in the same application. This is a concern in electric vehicles and other applications where the cells are fast charged and discharged at high power.

Since India does not mass manufacture Lithium-ion cells as of today, the cells are imported. The import time by sea freight varies between 15 to 35 days depending on the port of loading, port of unloading, vessel availability and whether it is LCL (less than container load) or FCL (full container load). Not to forget that Lithium-ion cells come under DG (dangerous category) shipment category. If we observe the datasheet of most Lithium-ion cells, we can see that they can be stored up to 45°C in the first three months after production. One can safely assume that during the first three months, the cells go through storage in the factory, sea freight to India, and reach the battery pack manufacturer’s facility by road. What is the storage temperature after 3 months? The temperature should not exceed 35°C for more than 3 months and up to 6 months of storage. Provided battery pack manufacturers store the cells at room temperature with decent air ventilation; it does not exceed 35°C.

What happens if Lithium-ion cells are stored in temperatures exceeding the specified limits in the datasheet?

The cells undergo an irreversible capacity fade, which means the cell’s capacity to store energy reduces. This leads to a lower range in electric vehicles and a lower backup time in energy storage systems from day one of usage.

The graphs of the percentage of outputs and capacity degradation at various temperatures are mentioned in the cell datasheet. If not, one can ask the manufacturer to share the data. The buyer has the right to get their hands on these data before they assemble the cells into a battery pack.

Depending on the cell chemistries, high-quality Lithium-ion cells should not have more than 15% loss in cycle life when operated at 35°C as compared to the cycle life at standard 25°C operation. Operating temperature is taken more seriously during charging, and hence most cell manufacturers recommend the cells don’t go beyond 45°C during charging. During discharging, the cell manufacturers allow the cells to reach up to 60°C.

What happens if Lithium-ion cells operate at high temperatures?

A BMS (battery management system) with good quality and reliable components is supposed to cut off the battery during charging or discharging when it senses high temperature inside a battery pack. But battery pack companies in India are observed to buy BMS that allow more than 45°C temperature during charging and more than 60°C during discharging, even as the cell manufacturers strictly advise against it. This very common aspect tends to be missed out when EV battery fires are investigated. Allowing higher temperatures for charging and discharging operations leads to various complications internally.

Battery pack companies set higher temperatures to avoid BMS cutting off the battery operation during charging and discharging to provide a smooth battery operation to the end-users when the battery is heated due to various reasons such as surrounding temperature, acceleration, vehicle overload, road gradient (slope), etc. But allowing the batteries to operate at higher temperatures impacts the safety of the battery. As an alternative measure, BTMS (battery thermal management systems) can be adopted to manage/dissipate the heat from the surface of the cells.

2. Voltage can be discussed further as overvoltage and undervoltage.

The cell manufacturers recommend the overvoltage value of a Lithium-ion cell. Most manufacturers mention it as 3.6V for LFP cells and 4.2V for NMC cells. Some mention up to 3.65V for LFP cells and 4.25V for NMC cells. Charging to these voltage values ensures that maximum energy is stored in the cell. Charging cells to the max voltage increases the internal resistance and leads to heat generation. Energy losses during charging at this time are on the higher side; the heat generated during this time is energy that has been wasted during charging. Higher internal resistance during this time also leads to slower charging.

One can notice that most companies promise fast charging only up to 80%, some promise up to 90% but not beyond that. The reason is that when nearing 100% SoC (state of charge), the charger shifts from CC (constant current) mode to CV (constant voltage) mode. Charging during CV mode tends to be slower because the overvoltage of a Lithium-ion cell is almost achieved. Then the charging current tends to drop, and the charger disconnects when the current comes down to a certain value. Most cell manufacturers recommend disconnecting the charger when the charging current comes down to 0.05C rate.

Charging the Lithium-ion cells to their fully recommended voltage will lead to higher temperatures, which in turn will lead to faster degradation (irreversible capacity fade). Hence, it is recommended to cut off the charging at a lower level. It will lead to charging the battery to a level lower than a full charge, but it will ensure the high life of the battery.Since no cell manufacturer recommends 100% DoD (depth of discharge), this can be followed. The cut-off value depends on the cell’s chemistry and various other factors. It needs testing at a cell level and also at a battery pack level where there is tolerance from BMS and charger. Determining this value and setting it as overvoltage can help the cell last longer.

What happens when Li-ion cells are charged beyond the specified overvoltage limit?

The cells tend to heat up even more, and it is a matter of time before the battery will experience a thermal runaway. Thermal means heat, and runaway means release. This phenomenon can result in fires in chemistries such as NMC, NCA (used in long-range Tesla cars) and LCO (used in mobile phones).

– In an LFP cell, one can see that there is not much energy delivered after the cell voltage drops from 2.95V during discharge. Hence it is highly recommended to have an Undervoltage cut-off of 2.9V when operating between 0.5C to 1C discharge. The undervoltage value must be lower when discharging at higher C rates. Other variables such as temperature and tolerance in the BMS while cutting off also play a vital role in determining the ideal undervoltage.

– Similarly, NMC cells do not deliver much energy below 3.15V during discharge. Hence, it is highly recommended to have an Undervoltage cut-off of 3.10V.

When the above aspects are correctly followed along with the procurement of good quality cells, a Lithium-ion battery tends to have a very good cycle life and experiences low on-field failures. It can further work in second life battery applications, where additional cycle life can be expected when charged and discharged at lower C rates.

Recently Tesla’s research partner published details about NMC 532 (cathode) based cell that can last for a really long time (up to 100 years) by ensuring that the cells do not charge beyond 3.8V as compared to the traditional charging of NMC cells to 4.2V and by being operated at standard temperature 25°C (made possible by BTMS). This paper was published in the Journal of the Electrochemical Society and it is titled “Li[Ni0.5Mn0.3Co0.2]O2 as a Superior Alternative to LiFePO4 for Long-Lived Low Voltage Li-Ion Cells”.

Rahul Bollini is a Lithium-ion cell and battery pack R&D expert with an industrial experience of over 7 years. He can be reached at +91-7204957389 and bollinienergy@gmail.com.

The post Understanding factors that impact the cycle life of a Lithium-ion cell appeared first on EVreporter.

FLO Provides Workplace Charging Solutions To General Motors Across The...