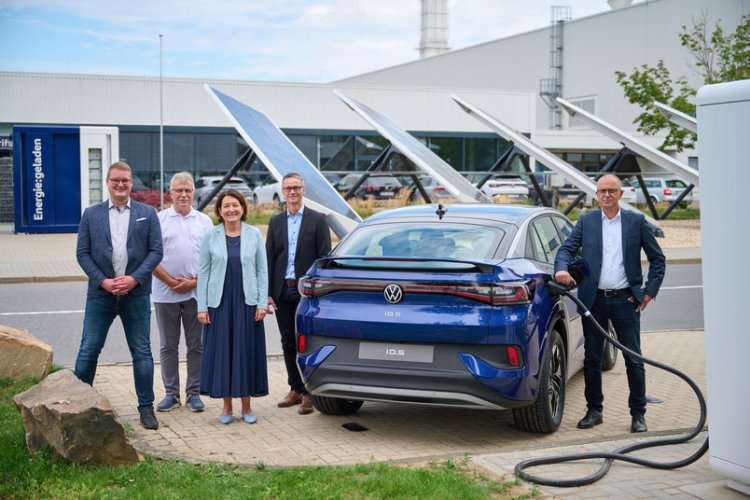 Volkswagen recently commissioned the Zwickau vehicle factory to build the first fast-charging station in Saxony. This park is powered primarily by a power storage container (PSC). The PSC, a large electricity storage unit, is made up of 96 cells modules and has a net capacity to store 570 kWh. This allows fast-charging infrastructure to be built almost anywhere, even in areas with low-capacity grid connections. This could be useful in residential areas, for example. This solution is also sustainable. All cell modules in PSC were previously used as batteries in preproduction models of the ID.3 or ID.4 and are now being used for a second purpose. Volkswagen Sachsen will be displaying its technology expertise beyond the production of six all-electric cars with the pilot project. The project was also realized by two other central German companies, AW Automotive and Automotive Research.

Karen Kutzner is Volkswagen Sachsen’s managing director of finance and controlling. “Reusing batteries, it’s important for the future. It’s closely tied to the acceleration in electric mobility. Volkswagen Sachsen has demonstrated a cost-effective, practical, and useful way to allow cell modules to live another life after their service lives are over. The automotive power bank can be used anywhere there is a demand for a high-powered charging infrastructure, but the grid connection capacity is not sufficient. These innovative ideas could be a catalyst for the crucial buildup of fast-charging infrastructure.”

The PSC is a large battery storage unit that can be used to store energy. It’s a more cost-effective option than a transformer station. The PSC allows large amounts of energy to be delivered quickly without overloading the electricity grid. The other advantage is that temporary energy storage allows for lower basic costs than would otherwise be required during standby operation. This applies even when there are no charging vehicles. In the future, the automotive power bank could allow for HPC infrastructure to be built where AC charging at 11 kW was possible. This is in areas like residential areas. Fast-charging parks that use high-power chargers (HPCs) require transformer stations to be connected to a medium-voltage grid. These grids are available 24 hours a day and require significant initial investments. The average charging time is only a few hours each day.

The charging park at the west gate of the Zwickau plant is made up of four charging stations, each with an output of 150 kW, which can also be divided into two outputs of 75 k. The charging station can be used to charge up to eight vehicles simultaneously. The nearby photovoltaic plant provides electricity, as well as other sources. Volkswagen Sachsen has been buying green electricity since 2017. All vehicles are therefore 100% powered by renewable energy. The plant will have three fast-charging stations by the end of the year.